It is part of our daily routine, transit in a vehicle of some sort and stopping for gas. We use it to get us through the cities we live and we use it to travel on vacations or to get across the country to a new venture. But the way we use gas and gas itself has changed over time with many interesting aspects to learn about along the way. Here are a few things you should know about getting gas on a road trip - perhaps through Mesquite, NV, where you can stop for gas at Virgin Valley Food Mart and 76 gas station- but elsewhere out on the road, you can learn some interesting things about fueling up.

You might not think about the state of the gas depending on your location or the idea that gas is treated differently depending on where it is. Getting gas in colder temperatures means your gas might have a higher level of butane. The gas you pump in a cold climate will be different in some ways from the gas you get in the high temperatures in the southern states. If you’re taking a road trip, you might want to consider the route your taking for longer trips and maintain a similar climate when you can. It is an interesting fact many people would not be aware of while traveling and getting gas on the road.

If you read our previous article about using 76 gas stations for quality fuel, you learned a little bit about detergents in fuel and why. Typically detergents are added to fuel to help clean your engine and maintain a clearer environment overall, but they are considered to be top-tier gasoline and maintain highly held standards with the EPA. Detergents are not like the soaps we clean our clothes with but they have a very important function which acts as a cleaning agent in a way. Many vehicle owners will prefer to use top tier gasoline like 76 gas to prolong the use and function of their investment. This is why many high end car manufacturers will recommend using only premium gasoline in their engines. 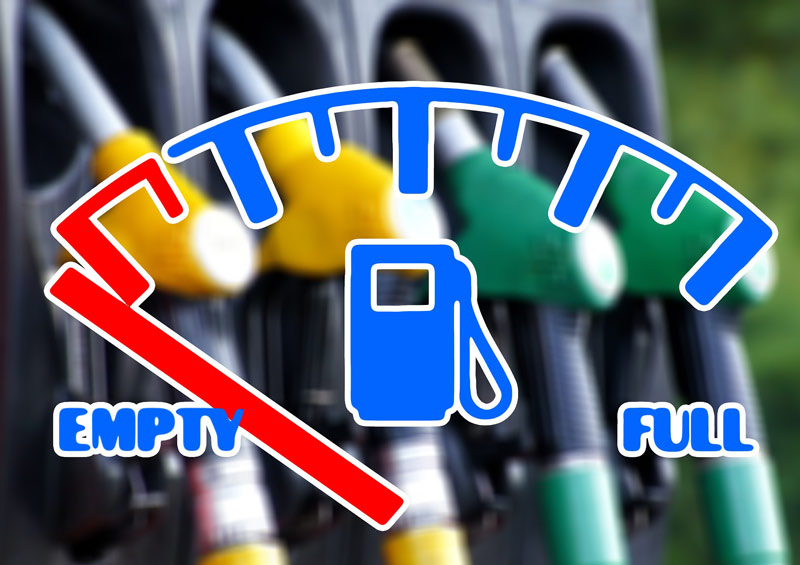 Based on the detergents present in the gasoline, the EPAs standard does affect the labeling of gas stations as top-tier, or not top-tier. In order for gas to be considered top tier, it needs to surpass the EPA’s minimum standard for detergent inclusion by 2.5 times the amount. This is part of the understanding when choosing to get gas at one of the larger companies - you are sure that you will be receiving this higher quality, top-tier gas as opposed to something with a lower detergent count. You can find 76 gas at Virgin Valley Food Mart, considered a top-tier gas that exceeds the EPA standard, so you can be sure it will always be of high quality.

Gas is Priced Down to the Cent

Many years ago, pricing things down to the tenth of a cent had more of an impact as it does today. Gas prices in the 1930s were very strange, and interestingly enough, were similar to what they are today. Because of inflation, the price of gas would soar in that era, which comparatively would be shocking to see today. The price of gas often was in the 0.25 - 0.30 cent range, and that measure is still how we see it priced today.

After the model-T, many American families were able to buy a car, and gas stations became much more necessary for the average person’s means for travel. During the 1920s there were significantly more gas stations in the country than there are today. Cars at that time were less equipped to handle long distances, and would require stopping more often, which meant more stations were needed to service the traveling public. It was less alike to the gas station and convenience stores we are used to today, and more like the small kiosks you might see on the side of the road for water or other necessities like that.

Over time, you can see different energy trends take hold, and in the 80s, wind turbines became a very popular way to collect energy with many interested consumers. Oil pricing in the 80s became increasingly favorable for motorists and in 1986 there is a report of a Exxon station near Austin, TX which began giving gas away - literally giving it away for free - because prices were so low and they were trying to attract attention.

The Beginnings of Fried Chicken

A fun fact about gas stations is that what we now know as KFC actually started out as a service station in the 1930s. In Kentucky, the well-known Colonel behind the chicken franchise was serving food to customers traveling through his station. As time progressed, he changed things over to become a restaurant and removed the fuel pumps and we all know where we are today.

The US has an interesting history when it comes to gasoline and gas stations around the country - and there are some things about gasoline which can help you as you travel or make your way on longer road trips. If you are passing through southern Utah on your way to Las Vegas, make your way through Mesquite to enjoy some of the attractions the area has to offer. If you are traveling by RV, our location at Virgin Valley Food Mart is the perfect place to stay in between your destinations. Park at our station and enjoy all the amenities we have to offer, like wifi, as well as the nearby activities like the hotels, restaurants, and casinos.

Have a question for our team at Virgin Valley Food Mart? Contact us online to reach out directly or follow us on Facebook to learn more about the area to help with your travel plans.